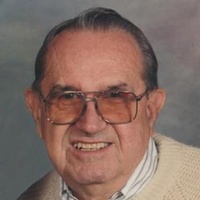 Lester (Les or Mac) Franklin McClanahan, 89 of Custer, SD passed away on
Thursday, September 8, 2016, at the Custer Regional Hospital in Custer. Two weeks prior he had been diagnosed with stage 4 lung cancer however, the cause of death was a seemingly unrelated brain aneurism.

Les was born on February 10, 1927, in Lawrence, KS. He was the only child born to John Franklin McClanahan and Irene Pearl (Swain) McClanahan. He married Wanda Colleen Baldwin on February 20, 1949, in Lawrence, Kansas.
He graduated from Liberty Memorial High School in Lawrence, Kansas. He served in the US Navy from February 17, 1944 till June 15, 1946. He received his BA from University of Kansas (KU) in 1953. He has remained a life time follower of the KU Jayhawks. Les worked a number of seasonal and part time jobs with the National Park Service and other similar agencies until he was finally offered a full time assignment as a National Park Service Ranger in 1955, at Grand Collee Dam in Washington. Les' career took him to
Mount Rainer, Washington; Craters of the Moon, Idaho; Washington, D.C.; Yosemite, California; The Statue of Liberty, New York City; and finally in 1969, Wind Cave, South Dakota. This was the pinnacle of his career, to be National Park Superintendent at a National Park. Les became an institution at Wind Cave and served until 1983, when he retired.

Les was always an active member of his church, serving as elder, deacon, church president and in other capacities. He was also active in the Custer Historical Society, the Library Board and drove for Meals on Wheels.
Les and Wanda were avid travelers. From the beginning of his retirement they traveled relentlessly, touring England and Scotland; Australia and the South Seas; Mexico, and many trips to Canada. Within the US they made several trips to Mackinaw Island, the Southwest and other places. They traveled throughout the Western US with their dear friends the Shaws and the Woods. Lately they had found they enjoyed bus tours and had made many trips to places around the Midwest.

Per Les' wishes he was cremated. Memorial Services will be held 9:00 a.m., Monday, September 19, 2016, at the Custer Lutheran Fellowship Church in Custer. Interment will be at Custer Cemetery immediately following the service.

A memorial in Lester's name has been established for Education Fund of Employees and Alumni of National Park Service. Memorials may be sent to: Chamberlain McColley’s Funeral Home, 234 N 6th St, Custer, SD, 57730.