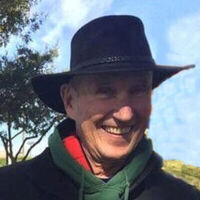 Dr. Charles “Charlie” Edward Viers, Jr., 78 years of age and a resident of Natchitoches, passed away on June 24, 2020, at Rapides Regional Medical Center in Alexandria, LA after a lengthy illness.

He was born at home in Prichard, WV to Charles E. Viers, Sr. and Gertrude Ival (Rayburn) Viers.   Being raised in rural West Virginia to a farmer and an educator, Charlie learned the value of hard work and a good education.  Charlie was a 1959 graduate of Buffalo High School in Buffalo, WV.  He attended Marshall University and earned his Bachelor of Science degree in Zoology in 1964, his masters from Kansas State in 1967, and a PhD in Wildlife Biology from Arizona University in 1970.  He accepted a position with Northwestern State University in 1970 and was celebrated for his skills as an educator whose passion for knowledge translated to the classroom. There was never a student he was unwilling to help become better than the day before. Charlie retired from NSU in 2000 and began his second career as an artist. He learned his craft of pine needle basketry from Native American tribes local to Louisiana and became known across the state for his innovative and colorful design language. Charlie always said that a glass of wine helped get the colors to shine a little brighter and 2 glasses made the curves of his baskets a little curvier. Everyone who knew Charlie knew of his passion for long distance running.  He began running in the 1960’s and over the years competed in over 200 marathons across the United States, Canada, and Europe.  He is a member of the exclusive 50 State Marathon Association and several other prestigious athletic organizations.

He will forever be remembered as a gifted intellect with a wry wit that lived life to the fullest.

He is survived by a son, Casey Edward Slingin Viers of Tulsa, Oklahoma, a sister Sue Tobin, and a brother Roger Viers.

He was preceded in death by his mother and father and a sister Jane Fry.

A memorial service to honor his life will be announced at a later date.