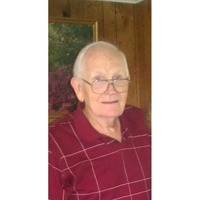 Mr. Edward Earl Tolar, 90, went to be with his Lord on Thursday, June 18, 2020, at the Courtyard of Natchitoches after a lengthy illness. His wife, Mrs. Nelda Faye Tolar, passed away on April 20, 2020. A joint service for Mr. and Mrs. Tolar will be held Monday, June 22nd, at the First Baptist Church of Natchitoches at 10:00 am, with Mr. Tolar’s viewing at 9:00 am. A graveside service for Mr. Tolar will immediately follow the service at the Oak Grove Cemetery in Saline, LA.

Edward was a native of Wyatt, LA and resided in Natchitoches since 1958. He was a faithful, devoted and loving husband for 68 years and enjoyed a close relationship with his immediate and extended family. As a member of the First Baptist Church, Edward was active in the Adult Choir and the Couples Too Sunday School class. He served as a deacon, leader in Royal Ambassadors and Boy Scouts, and taught teens and preschool children. Edward’s love of the woods and trees led him to serve his community for 25 years as a state forester. He also served as a volunteer in the Lions Club and enjoyed LSU football and baseball, hunting, fishing, and grilling.

The family would like to express their sincere appreciation to the members of First Baptist Church and the nursing staff of the Courtyard of Natchitoches. Mr. Tolar was a supporter of his church, orphans and the military. In lieu of flowers, the family requests memorials to:

“Let not your heart be troubled; you believe in God, believe also in Me. In My Father’s house are many mansions; if it were not so, I would have told you. I go to prepare a place for you.”