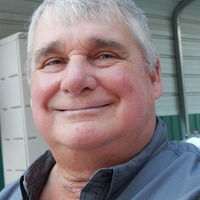 Jerry Dean Nugent, 71 years of age and a life-long resident of the Marco community passed away on April 8, 2020. He was born on August 12, 1948, to Litton and Lucille Owens Nugent in Pineville, LA. He was preceded in death by his parents, Litton and Lucille; father-in-law, James C. Beebe; brother, Litton B. Nugent; sister, Joanna Smith; and grandson's, Evan Lyle Willis "Buggy", and Kenneth Wayne Brossette Jr. "Frog".

Early in his life, he worked for the Army Corp. of Engineers, later he worked on Josey Ranch. He was also a farmer for numerous years before he started working in the construction field. He worked for Madden Contractors in Minden, Louisiana, until 2002, when he retired and spent his time hunting, working in his garden, and spending time with his grandchildren and great-grandchildren.