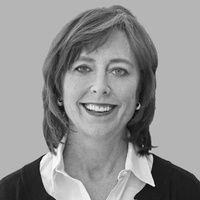 Mary McMahon Busch, age 56, passed away on Good Friday, March 30, 2018 following a long and courageous battle with cancer. She was born at James Connally Air Force Base near Waco, Texas on September 15, 1961. During her childhood she moved often with her parents to Montana, Arkansas, and Oregon and lived in several localities in western Washington, including Kelso, Snoqualmie Falls, Chehalis, Tacoma, and Everett. Following graduation from Bellarmine Preparatory School in Tacoma in 1979, she attended the University of Washington where she was a member of Chi Omega sorority and Seattle University, where she received her undergraduate degree in Nursing in 1985. She received her master’s degree in Cardiovascular Nursing from the University of Washington in 1991.

She began her career in 1987 with several cardiac nursing positions at Virginia Mason Medical Center in Seattle, and eventually became Director of Interventional Cardiology which included all cardiac labs and section practices.

Mary joined InControl in Redmond, Washington in 1997 in Clinical Research and later transitioned to Guidant Corporation as a Field Clinical Representative, eventually becoming Manager of Corporate Accounts for the Pacific Northwest. In 2001, Mary was promoted to Regional Manager where she led her team to earn national honors in performance. In 2005, Mary was promoted to Director of Latitude Sales where she was integral in introducing wireless, remote capabilities across the US from her new home base in Minneapolis. In 2007, she was appointed Area Vice President of Therapy Sales and led a national sales team responsible for developing therapies for patients with heart failure.

Mary joined St. Jude Medical in 2008 and led the Marketing, Education, Health Economics and Clinical organizations for the International Division prior to taking on the Regional Vice President role for Emerging Markets and Australia/New Zealand. Mary was also the lead international executive for the integration of the St. Jude Medical international commercial business into Abbott and subsequently took on the role of Vice President Corporate Accounts. During her career with St. Jude Medical and Abbott Laboratories she travelled extensively around the world to support customers in Europe, the United Arab Emirates, Australia, New Zealand, Singapore, Hong Kong, China, and Japan. She also served as a passionate member of the Board of Directors of Children’s HeartLink.

A loyal University of Washington Husky, Mary met her equally dedicated Washington State University Cougar husband Jeff in Seattle in 1983. They married in 1985 and lived in Seattle and Bellevue until 2005; and in Edina, Minnesota until 2016, while raising their three children, Katie, Brett, and Annie. Throughout her married life, Mary was an outstanding role model of a working mother who was able to balance the demands of her career with the needs of her family. She enjoyed spending time with her three sisters and her eight nieces and nephews on vacations to Montana, Hawaii, and Seattle. She was incredibly active, and enjoyed cooking, bicycling, reading, skiing, hiking, sailing, and spending time with her many friends.

Funeral Mass will be celebrated at St. Ignatius Chapel

Remembrances may be made to Children’s HeartLink (www.childrensheartlink.org); or the College of Nursing at Seattle University (www.seattleu.edu/nursing/support-nursing).