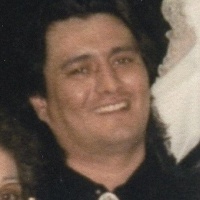 Stephan Timothy Renault II “Big Bird” was born on December 2, 1961 in Belcourt, ND to Stephen and Alice (Parisien) Renault. He was raised in Dunseith and completed his education there as well from Dunseith High School. Stephan enlisted in the United States Army and received an honorable discharge. He married Paula Demery, they later divorced. He then was united in marriage to Patty Bucholz in 1995 in Crookston, MN and they later separated. He worked in construction for many years until his retirement due to injuries at work. Stephan enjoyed being outdoors hunting and fishing. He currently holds the record for the biggest striped bass caught on Devils Lake, ND. He also liked gardening and was gifted musically, playing several different instruments and writing his own songs as well. Stephan loved listening to the “Beatles”. Stephan will be lovingly remembered and greatly missed by his family members and many friends.

Stephan was preceded in death by his brothers, Curtis and Cary Renault, his grandparents, and his sister-in-law, Marilyn Renault.

A Funeral Mass will be held on Monday, July 1, 2019 at 10:00 AM at St. Michael the Archangel Catholic Church, Dunseith, ND with a Rosary Service at 9:00 AM. Visitation will begin at 8:00 AM in the church. Burial will be in St. Louis Catholic Cemetery, Dunseith, ND at a later date. Father Michael Slovak presiding.